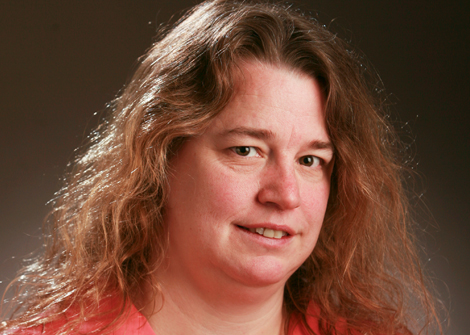 A single mutation in a sodium channel gene can cause early onset epileptic encephalopathy and inherited autosomal dominant epilepsies of infancy and childhood. Figuring out which mutation is responsible for these rare types of epilepsy, however, can be like searching for the proverbial needle in a haystack.

Sodium channel genes are present throughout the body, and have been implicated in certain inherited diseases of the brain, heart and muscles. Scientists at Cincinnati Children’s recently developed a framework to help neurologists understand the clinical and treatment implications of sodium channel gene variants they encounter in clinical practice. Their findings were published in Annals of Neurology (July 26, 2018).

“The sodium channel gene is one of the largest in the human genome, with thousands of potential mutations,” says Katherine Holland, MD, PhD, a pediatric epileptologist at Cincinnati Children’s and principal investigator of the study. “Genetic testing often reveals multiple abnormalities, and not all of them cause disease.”

Using computer-based modeling, Holland and her colleagues analyzed hundreds of previously published studies that described about 1,200 sodium channel gene mutations. They then categorized the clinical phenotype based on each mutation’s location. Knowing where a mutation is located in the gene is a predictor of the mutation’s effect on sodium channel function. This understanding can help predict clinical symptoms and also treatment response to various medications, potentially minimizing the need for trial and error when selecting from the 20 or so available epilepsy drugs. Further study is needed to provide clinical guidance, Holland says.

Today’s epilepsy drugs, which include many sodium channel blockers, do not target defective genes. But Holland sees the potential for one day developing drugs that do—what would amount to the holy grail of personalized therapy for these rare epilepsies.

Initial research is encouraging, showing the new methods to be safer and more effective than standard practice.