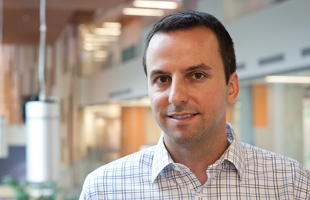 For many years, scientists suspected that RNA splicing errors played an outsized role in the pathology of acute myeloid leukemia (AML). A new study, conducted by a multi-national team of scientists and led by Daniel Starczynowski, PhD, of Cincinnati Children’s, sheds light on this phenomenon. The researchers identified a genetic mutation that causes critical RNA splicing errors that effectively hijack the immune system’s molecular processes and trigger oncogenesis in myeloid blood cells.

The study focused on an often-overlooked part of a leukemic cell’s nucleus called the spliceosome. This tiny molecular machine edits out unnecessary snippets of RNA coding and splices the loose ends back together to support correct protein function. 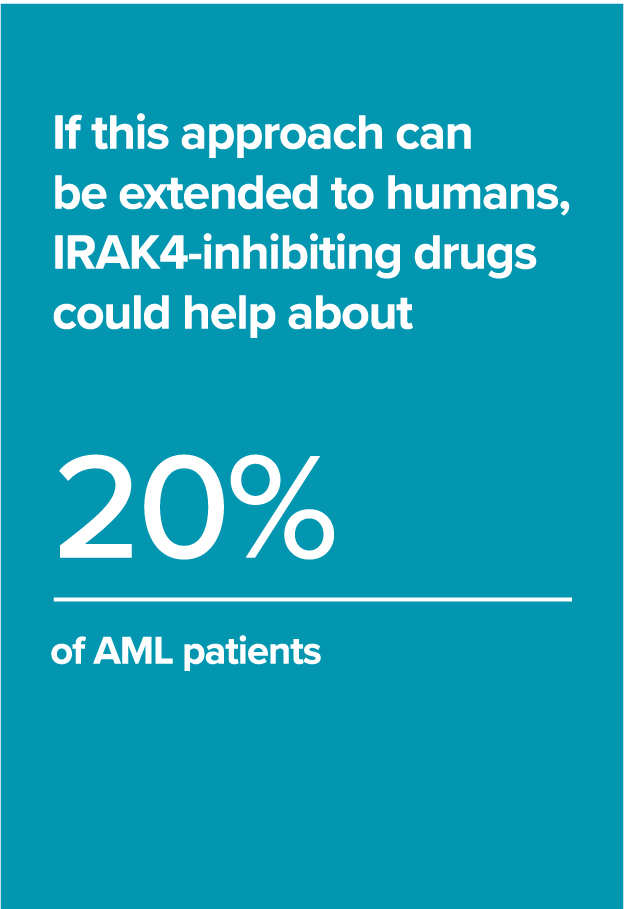 But in AML cells, mutations in the gene U2AF1 result in splicing errors that produce an isoform with extra coding sequences. This isoform, called IRAK4-L (long), causes a proliferation of aggressive AML cells.

The team tested an experimental treatment in the laboratory that significantly reduced the leukemic cells and prolonged survival in animal models. This treatment targeted the hyperactive isoform to block its function in AML cells and also in patient AML cells transplanted into immunosuppressed mice.

If this approach can be extended to humans, Starczynowski says IRAK4-inhibiting drugs could help about 20% of AML patients. A next step is to create a molecular test to identify AML patients with the long isoform,
since they would benefit most from an IRAK4 inhibitor.

The researchers also are testing existing drugs and developing a new one that can more effectively inhibit hyperactive IRAK4 to treat AML and its precursor disease, myelodysplastic syndrome. “Rather than targeting the splicing factor gene mutation itself, these drugs would go after vulnerabilities created as a result of the U2AF1 mutation, specifically the increased dependency on the IRAK4-L isoform,” Starczynowski says.

The need for new treatments is urgent. “Many individuals with an aggressive form of AML don’t survive more than five years after diagnosis, and there is little we can do for them,” Starczynowski explains. “Even new drugs that are getting fast-tracked through the development process may only produce another six months of survival. The curative option is a bone marrow transplant, but most patients are too sick to qualify.”

The IRAK4 study appeared in Nature Cell Biology (May 2019).

Why antibiotic use may lead to increased gut GVHD and mortality after hematopoietic stem cell transplant (HSCT).