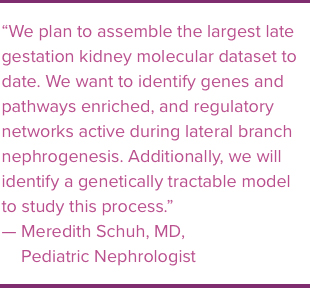 “Sixty percent of nephrons form in the third trimester. Premature infants are at the low end of nephron endowment and have high risk for chronic kidney disease and end-stage kidney disease later in life,” Schuh says. 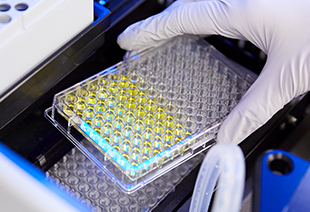 “Nephrogenesis usually continues up to 34 to 36 weeks’ gestation, but premature infants continue making nephrons for only 40 days after birth. Since 60% of nephrons are formed during the third trimester, it is imperative that we identify how this process works normally so we can work to restore or extend it in those born prematurely.”

She continues, “The mouse kidney does not develop like the human kidney, so we previously had no model to study this primate-specific process. We are hopeful that mechanistic insight from this model will improve care and guide therapy in the neonatal intensive care unit to avoid medications or therapies that may interfere with postnatal nephron development.” 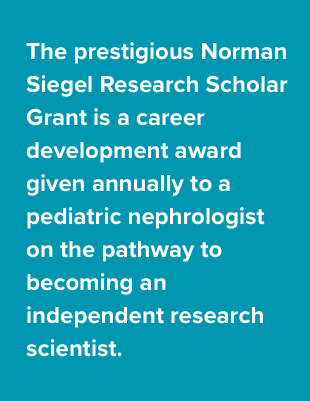 In her 2021 paper published in the Journal of the American Society of Nephrology, Schuh established that “The Rhesus Macaque Serves as a Model for Human Lateral Branch Nephrogenesis.” Her current project uses this now-established primate model to identify the mechanisms to help maintain or extend nephrogenesis through single-cell sequencing and multi-omic platforms.

“We plan to assemble the largest late gestation kidney molecular dataset to date. We want to identify genes and pathways enriched, and regulatory networks active during lateral branch nephrogenesis. Additionally, we will identify a genetically tractable model to study this process,” Schuh says.

The prestigious Norman Siegel Research Scholar Grant is a career development award given annually to a pediatric nephrologist on the pathway to becoming an independent research scientist.

Schuh explains what motivates her to do this work, saying, “As a member of the fetal care team, I counsel families on what to expect after a significant renal anomaly is identified during the 20-week anatomy scan. These infants and their families remind me daily of why I became a physician-scientist.”