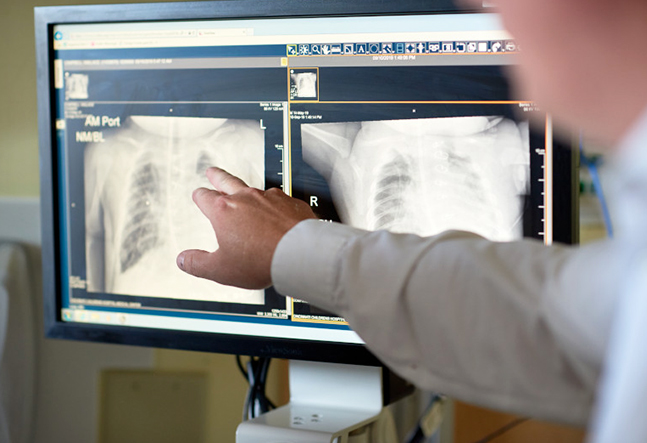 Ensuring that premature infants with bronchopulmonary disease grow into adolescence and beyond “takes a village,” says Erik Hysinger, MD, MS, pulmonary medicine specialist and one of three co-directors in the Bronchopulmonary Dysplasia Center at Cincinnati Children’s.

Building that village has been a focus of Hysinger and Center co-directors neonatologist Paul Kingma, MD, PhD, and pulmonary imaging specialist Jason Woods, PhD, in fiscal year 2020. It required assembling a team of specialists in multiple disciplines to provide the encompassing care these infants need in the hospital, and expanding the services of the BPD outpatient clinic that follows the babies after discharge through childhood and adolescence. 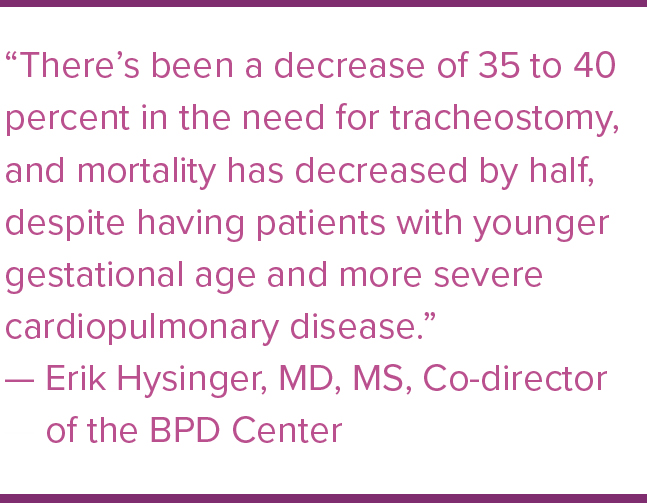 “On the inpatient side, we have implemented combined rounding with neonatology, pulmonology, and pulmonary hypertension, as well as with radiology and other supporting services as needed, to understand all the components that create cardiopulmonary difficulties for these babies.” Hysinger says.

The doctors developed standardized screening for pulmonary hypertension and central airway disease. They also rely on a one-of-a-kind MRI technology - specially designed for neonates and located right in the NICU -  to phenotype the lung and airway without sedation or risk of radiation.

“We’ve seen impressive improvements in outcomes for our patients as a result of this collaborative approach,” says Hysinger. “There’s been a decrease of 35 to 40 percent in the need for tracheostomy, and mortality has decreased by half, despite having patients with younger gestational age and more severe cardiopulmonary disease.” 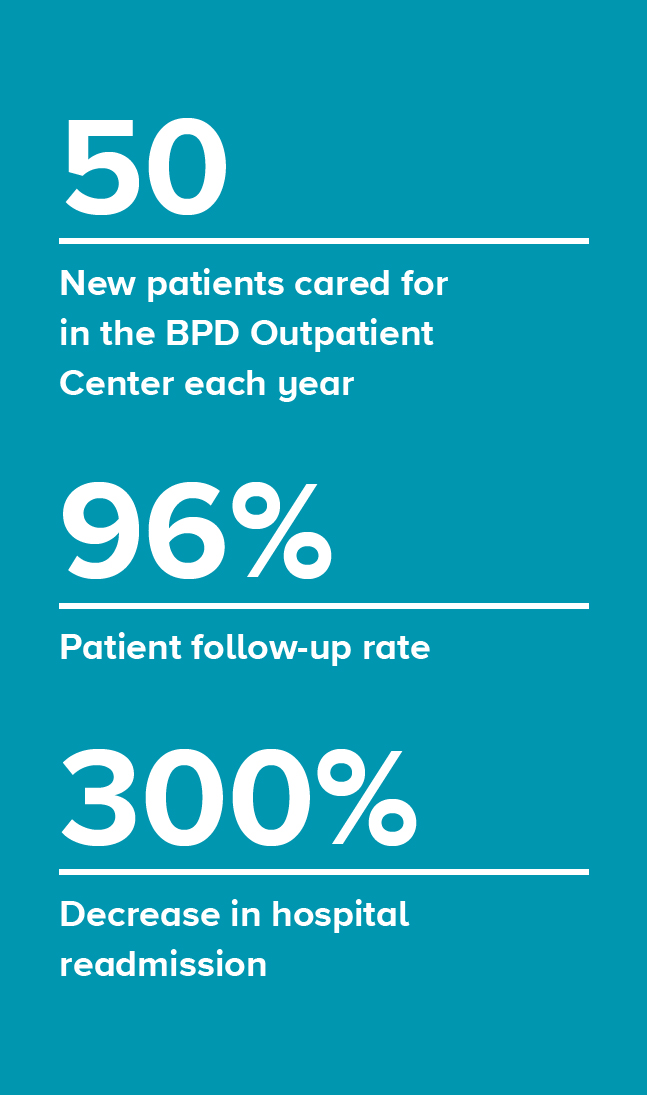 Most babies remain in the NICU for at least three to four months. But that’s just the beginning. After discharge, the infants are closely followed by the BPD Center’s Outpatient Clinic, which cares for about 50 new patients each year. This year, the center doubled the number of clinics it offers each month - from two to four per month in FY20 with plans to expand to eight per month in FY21 to provide access to over 100 patients annually. The BPD Center also plans to bring pulmonary services to multiple locations across the region, to make care available to more patients.

The Center’s follow-up rate is 96 percent. Hysinger credits this in large part to relationships staff have built with families during the initial hospitalization. “Our outpatient providers are the same as our inpatient providers. Parents already know us, and we know the families. This has been particularly helpful in getting people to show up for appointments.”  This combination of long-standing relationship and close outpatient follow-up has contributed to a 300% decrease in hospital readmission.

Designed to reproduce the mechanics of a living, breathing lung.