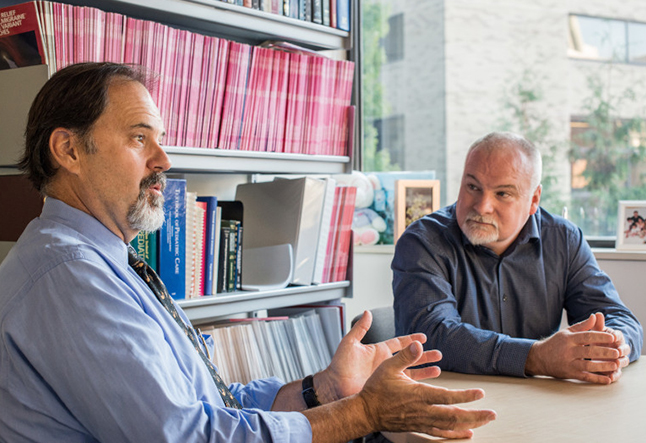 One year after the American Academy of Neurology (AAN) and the American Headache Society (AHS) published revised guidelines for acute treatment and prevention of migraine in young people, doctors in our Headache Center are seeing the recommendations borne out in patient outcomes. The Headache Center, now in its 24th year, is one of the world’s largest pediatric headache programs, treating some 2,000 new patients each year, with as many as 7,000 patient visits annually. 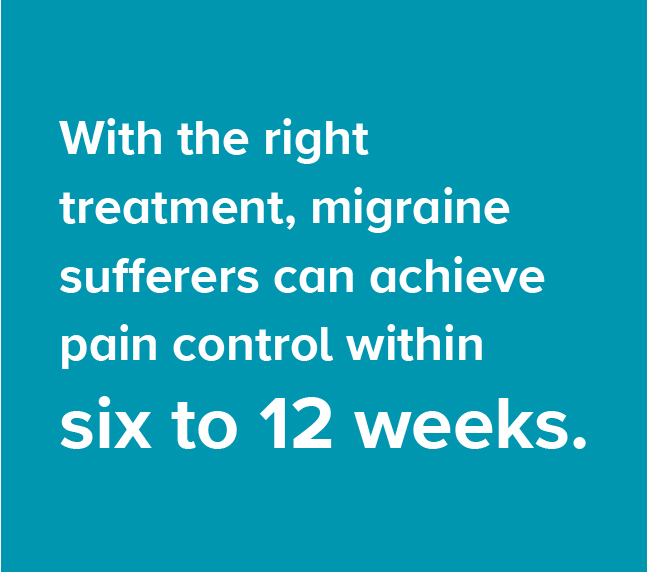 Andrew D. Hershey, MD, PhD, Endowed Chair and Director of Neurology, who was part of the team that developed the guidelines, says the measures are helping doctors better manage migraine in young patients, including those seen in the Headache Center. “We are encouraged that the treatment approaches we’ve been using in the Headache Center are supported by the guidelines,” he says.

Those approaches include acute treatment with non-steroidal anti-inflammatory drugs (NSAIDS) and triptans. Guidelines for preventive care combine medication, cognitive behavioral therapy (CBT) and lifestyle modifications such as healthy diet, exercise and adequate sleep. For young people with frequent headaches, the first line of preventive treatment is a combination of amitriptyline and CBT, sometimes with the addition of topiramate. 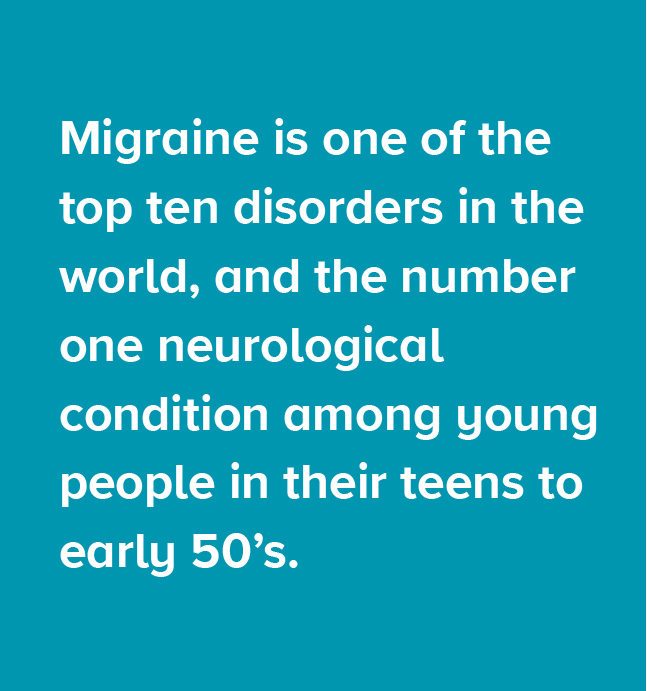 Hershey stresses that recognizing migraine early in children - and treating it appropriately - offers the best opportunity to control the debilitating effects of the disease.

“The first step in treating any disease is recognizing that you have it,” he says. “And there has been a shift in recognition about migraine. But some people still see it as weakness. Kids with migraine are seen as different from their peers.”

But science has shown that migraine is a true genetic disorder afflicting enormous numbers of people, often starting in early childhood and persisting throughout much of adulthood.

“It is one of the top ten disorders in the world, and the number one neurological condition among young people in their teens to early 50’s,” Hershey says. “It’s a disease afflicting people during their prime working and education years.”

New Treatments on the Horizon

Opportunities to improve and enhance migraine treatment include new drugs currently approved for adults that are being reviewed for use in children, including anti-calcitonin gene related peptide (CGRP) antibodies, small molecules that work at these same receptors (“gepants”), and a new class of drugs similar to the triptans known as “ditans.” 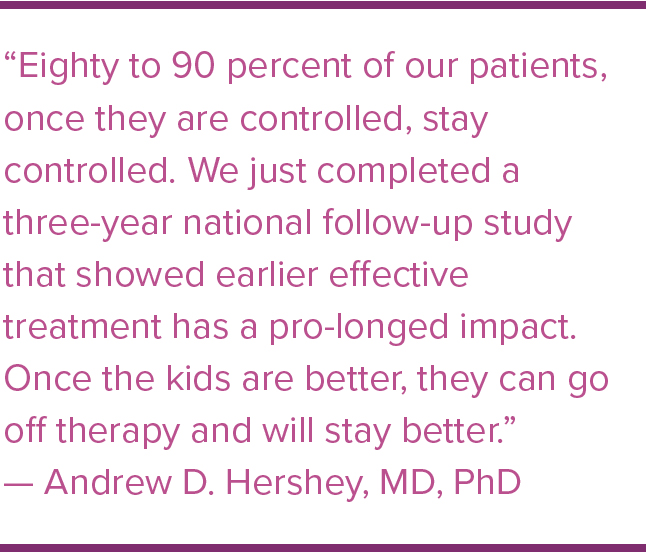 Additionally, devices that use electrical pulses or narrow wavelength light to control pain are showing promise, used alone or in combination with drugs.

Hershey says the recognition of migraine as a disease, earlier intervention and better treatment options are bringing successful and lasting relief to more young people.

“Eighty to 90 percent of our patients, once they are controlled, stay controlled. We just completed a three-year national follow-up study that showed earlier effective treatment has a prolonged impact. Once the kids are better, they can go off therapy and will stay better.”

Hybrid OR and sEEG Combined for Safer, More Precise Identification of Seizure Origins