Fat Cell Research Could Lead to Therapies for Metabolic Disease 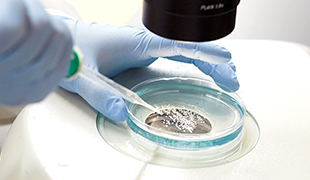 Scientists at Cincinnati Children’s are studying fat cells in mice, which they hope will lead to novel therapies for obesity and Type 2 diabetes in humans. Their research focuses on the developmental and metabolic mechanisms that sustain and promote the high-energy-consuming brown fat.

“Brown fat cells have very high nutrient uptake and consume a lot of energy,” says Juan Sanchez-Gurmaches, PhD, researcher at Cincinnati Children’s. “The existence of human brown fat after infancy was largely ignored until recently, but the presence and activation of brown fat in humans has recently been associated with improvement or prevention of the primary and secondary effects of being overweight and obese. Thus, harnessing brown fat energy consumption potential as therapy for metabolic disease is a major goal.”

In a paper titled “Brown Fat Organogenesis and Maintenance Requires AKT1 and AKT2,” published in May 2019 in Molecular Metabolism, Sanchez-Gurmaches and co-researchers described the development of the first mouse model without brown fat (also referred to as brown adipose tissue, or BAT). 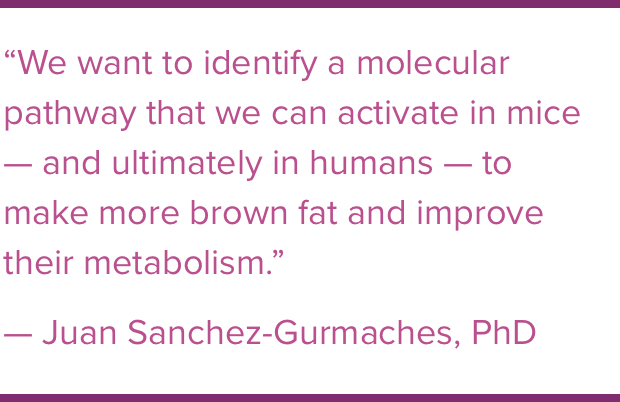 “We expect the BAT-less model will better resemble humans,” Sanchez-Gurmaches explains. “We know that brown fat is present in virtually all human newborns, but only about 5% of adults sustain significant amounts of brown fat. These adults have lower obesity, fewer heart attacks and better blood pressure.”

He continues, “We want to identify a molecular pathway that we can activate in mice – and ultimately in humans – to make more brown fat and improve their metabolism.”

The AKT serine/threonine kinases are insulin effectors that are critical to cell proliferation and metabolism. AKT functional dysregulation has been linked to a whole range of diseases, including obesity, diabetes and cancer.

Sanchez-Gurmaches describes a breakthrough by the Cincinnati Children’s team in understanding the process by which brown fat forms: “We deleted several isoforms of AKT at the same time or independently in either stem cells of brown adipocytes or in differentiated brown adipocytes. By doing this, we described the first signaling pathway required for formation and maintenance of brown fat.”

His current work focuses on comparing BAT-less mice and normal mice who have brown fat cells. He and colleagues are testing how a high-fat diet versus a normal diet affects each group. As with humans, they expect BAT-less mice will have more problems with obesity, diabetes and fatty liver disease.

He concludes, “We have a lot of new leads to follow, but we still have a lot to learn and explore about brown fat formation and maintenance.”

Algorithm is encouraged for use in primary care settings.